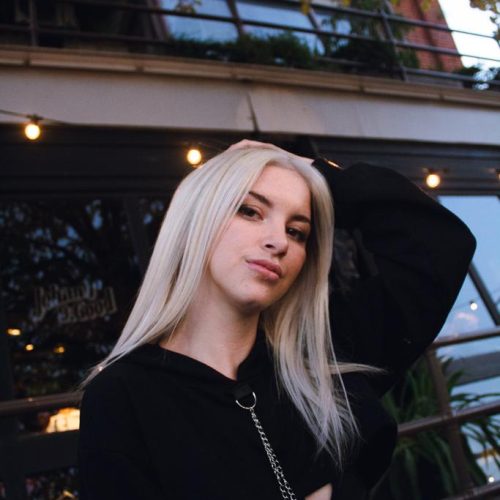 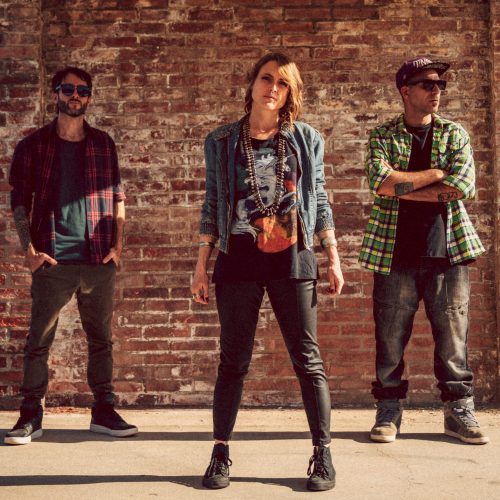 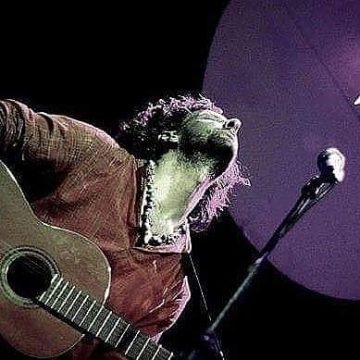 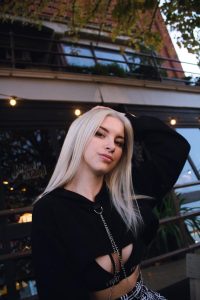 She is a Singer and Composer of Urban Pop Music.

She was born in April 3rd 2000 in Misiones (Argentina) and currently lives in Berazategui (Buenos Aires) where she finished her studies and started her music career.

Creator of Musical Content in Social Media she started her path making covers of trending songs. In 2018 she entered the world of Music professionally, looking for a future in the industry she loves so much. In her words: “These were difficult years because I didn’t feel confident enough to show what I did”.

After some ups and downs, in 2020 she released her first single “Ando sola” followed by the video clip in 2021. This same year, with renewed confidence in herself, she composed, recorded and released two more works: “Ven y Ama” and “Confundida”.

Next August will see the light her new song: “Ya saben quien viene” 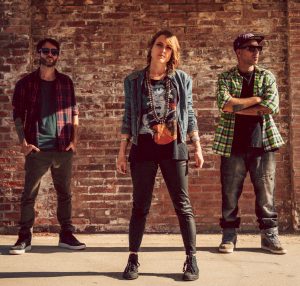 Named after a Quechua (LatinAmerica indigenous language) phrase meaning “I Love Dub”, this power trio of Electronic Dub that represents the new wave of the genre and combines classical instruments with programming, sound effects and digital instruments.

The group is formed by Rebecca Clements, Alejo González and Roby Torcello; all equally authors and composers of the songs published by OMSA.

Their first album, “MKD”, was launched in digital format back in 2019 through Dubophonic Records. It includes songs in both English and Spanish, with thorough lyrics and music genres like Roots Reggae, Electronic Dub, Steppa and Dub&Bass.

Kicking off the year 2020 with a heavy agenda, they presented their new album at the Cosquin Rock 2020 in Córdoba (Argentina). Later on, the Pandemic of COVID 19 forced them to migrate to the Streaming format; which gave them the opportunity to participate in Festivals in Latin America, Europe and even Asia. For this work, they received an award as “Best Streaming Show” by La Usina del Arte (Buenos Aires, Argentina), and they were the Winners (by Public Vote) of the Rootstock Awards.

In 2021 they dedicated themselves to their new album: “Groove of Meditation”, recorded in the mythical studio “Los Angeles” in Traslasierra, Córdoba (Argentina). In their own words: “An album of profound feeling, analogue and digital Basses, with dubbed and distorted Guitar, Lyrics guiding towards introspection and the own Groove of Meditation. 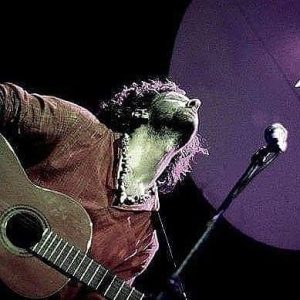 Nicolás Falcoff, is an Argentine musician, writer and producer born in 1977 in Buenos Aires City, and currently living in Traslasierras’ Valley, Córdoba, Argentina.
His compositions are inspired by the Latin American and River Plate Folkloric Music (Zamba, Chacarera, Murga, Cumbia, Milonga, Candombe) in conjunction with Acoustic Rock, and lyrics deeply committed with the caring of environment, human resources, and Mother Earth.

The snail figure is what inspired him while developing a proyect that now comprises four recorded LPs: La insurgencia del caracol (The Snail’s Insurgence) (2009), Guardianes de la semilla (Guardians of the Seeds) (2012), Germina (Sprout) (2015) and Restos del diluvio (Remains of the Flood) (2019).

The last album contains 10 works, among which is worth noting “Para aquel que nazca en esta tierra” (To those who are born in this Land) which was recorded with the Colombian singer Marta Gomez.

As a writer, he had composed works for theater, cinema and documentaries, among which there are two Tangos composed with his father Federico Falcoff that were part of the Film “El último Beso” (The Last Kiss), released worldwide.

As a performer Nicolas Falcoff has been on tours through different stages in Argentine, although his music is also listened in Colombia, México and even Japan.

As a producer, he has worked with different Latin-American’s artist, with his own Record Sura. One of the most important ones is “Eva Aylloon Canta a Chabuca Granda” that received a Latin Grammy’s nomination as “Best Folkloric Album 2009”.

Jon Z is a rapper from San Juan, Puerto Rico whose music is equally influenced by reggaeton and American hip-hop, particularly trap. With an Eminem-esque high-pitched voice and a quirky style, his music often sounds like a Puerto Rican counterpoint to rappers such as Young Thug and Future.

Born Jonathan Resto Quiñone in 1991, he first began uploading freestyles to his YouTube channel in 2014. He performed concerts across Puerto Rico and caught the attention of Boy Wonder, who signed him to Chosen Few Emeralds Entertainment. His debut mixtape, The Game Is About to Change, appeared in 2015.

Several singles followed, including "0 Sentimientos," "Mentirte," and "Violeta." Over the next two years, Z made numerous guest appearances on tracks by artists like Frankie Roura, Josh D'Ace, and Mackie while issuing singles of his own like "Nunca Me Amo" and "Pali2".

His debut album, JonTrapVolta, arrived in 2017. He teamed up with his cousin Ele A El Dominio the following year for the LP Super Saiyan Flow, and in 2019 he collaborated with Baby Rasta on Voodoo.